moon for the misbegotten

Unless you've been living in a cave, you're aware that there was a full moon lunar eclipse this morning. I gathered up a bunch of cameras and embarked at 4:30 to see it at the beach. It was supposed to get all huge and red as it was setting and THAT I wanted to see.

Choosing which beach took some time. I opted for Playa Del Rey, but parking was tight - there were a bunch of cones set up blocking many of the spots. (Later I discovered it was for a film shoot of some sort).
I thought: PCH over Dockweiler - the higher angle might provide good shots with the palm trees in the foreground. I went and gave it a try: 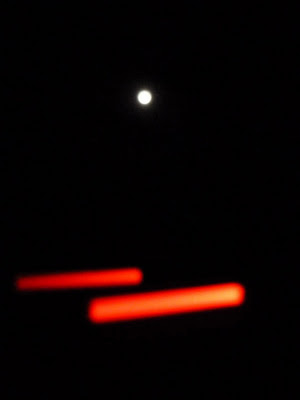 It was a good angle, but I REALLY wanted to sit on the beach and hear the waves.
I went back to Playa Del Rey 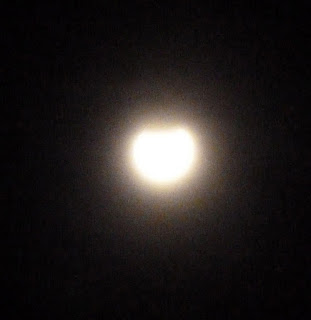 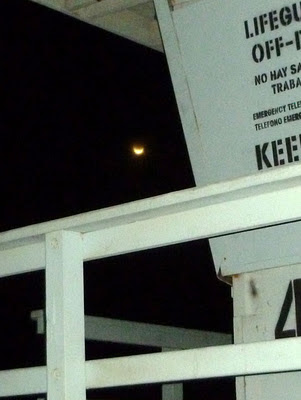 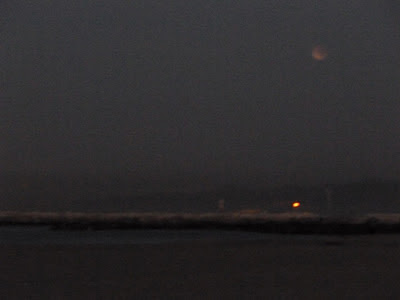 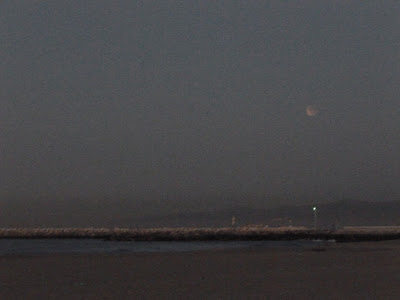 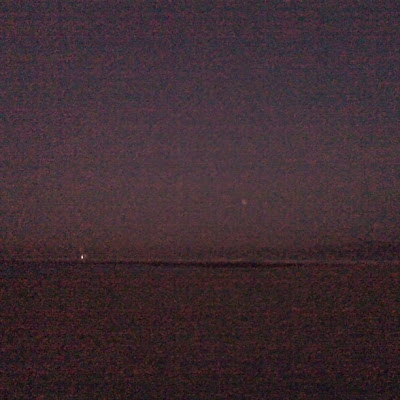 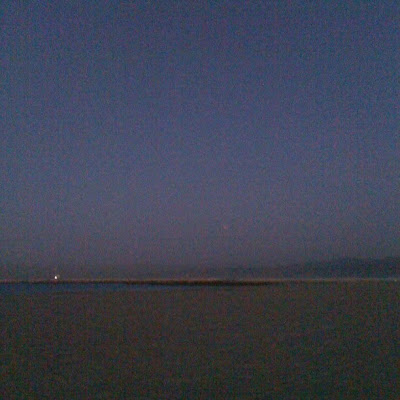 I was slightly disappointed that I didn't see a giant orange orb set in the west. That, however, was vastly outweighed by the experience of sitting still on the beach, hearing the waves, watching the moon change, watching the sunrise...

I must go to the beach more often, I live so close.

The film shots will, of course, come later. Have to wait for the processing!
Posted by Anne M Bray at 11:41 AM

Travels. Eating. Recipes. Obsessions. Fasten your seatbelt and tuck in your napkin

I'm a glutton with the blogs too

Recent reviews by anne m b.
What's this?